Video: How the Court System Is Abused to Chill Activist Speech

One of the most pernicious forms of censorship in modern America is the abuse of the court system by corporations and wealthy individuals to harass, intimidate, and silence their critics.

We use the term “Strategic Lawsuit Against Public Participation,” more commonly known as a “SLAPP,” to describe this phenomenon.  With a SLAPP, a malicious party will file a lawsuit against a person whose speech is clearly protected by the First Amendment. The strategy isn’t to win on the legal merits, but to censor their victims through burdensome, distracting, and costly litigation. SLAPP suits often make spurious defamation claims and demand outrageous monetary penalties to bully their enemies.

In EFF’s work, we’ve seen SLAPPs deployed against journalists and bloggers, cartoonists, and even people who have posted reviews on websites like Yelp and eBay. They’ve been used by election power players against their political opponents and by corporations against non-profits whose job is to hold them in check. In fact, EFF faced such a scheme when an Australian company filed a lawsuit to censor one of our “Stupid Patent of the Month” articles.  Although EFF won in court, the lawsuit required resources that we otherwise could have devoted to other battles.

This tactic is currently being used by energy and logging corporations to target environmental groups. For example, paper-producer Resolute Forest Products sued Greenpeace, claiming they violated racketeering laws because the organization had called the company a “forest destroyer.” After a 17-month legal battle, Greenpeace emerged victorious in October when the case was dismissed in federal court. Greenpeace faces a similar suit from Energy Transfer Partners, a company best known for running the controversial Dakota Access Pipeline project. 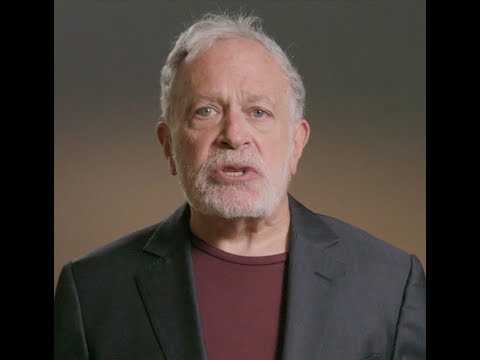 Greenpeace is now among the many voices raising awareness of the danger of SLAPP suits, and it is offering a toolkit for environmental activists. In a new video, UC Berkeley public policy professor Robert Reich explains what’s at stake: "If the goal is to silence public-interest groups, the rest of us must speak out.  Wealthy corporations must know they can't SLAPP the public into silence."

Greenpeace and its environmental allies are joined by many First Amendment groups—including EFF, the First Amendment Coalition, Freedom of the Press Foundation, and the ACLU—in this campaign to educate the public on the need to fight back against SLAPP suits.  Among the most important measures you can take is joining the Public Participation Project's efforts to pass anti-SLAPP legislation in Congress.

Anti-SLAPP laws are designed to allow defendants to quickly dismiss the frivolous claims brought against them based on a showing that they’re being targeted for engaging in protected First Amendment activity. The plaintiff bringing the suit then has to prove that they can actually substantiate their claims. If they can’t show that their legal claims have merit, a court must dismiss the suit. This allows defendants to avoid what can often be extremely costly and distracting civil discovery.

Further, most anti-SLAPP laws feature cost-shifting provisions, such that once a defendant successfully gets the claims against them dismissed, they can force the companies who sued them to pay their attorneys’ fees and other costs related to the litigation. The threat of paying the other side’s legal fees potentially stops companies from filing SLAPP suits in the first place.

Although some states, including California, have developed robust anti-SLAPP laws, a federal law is needed to protect and advance First Amendment protections for individuals or groups in federal court.  An anti-SLAPP bill introduced in 2015, the SPEAK FREE Act, featured many of the same protections for targets of these lawsuits described above. It would also help defendants sued in states that do not have anti-SLAPP laws or only offer extremely weak protections by allowing them to remove the case to federal court to obtain protections of the SPEAK FREE Act.

EFF is extremely troubled by the latest SLAPP suits filed against organizations such as Greenpeace. Yet we are heartened by the group’s resolve to fight back and to bring attention to this growing threat to free speech.